The history of the Case Perrotta organic farm

The Case Perrotta farmhouse is located in an ancient convent of Benedictine monks, on the edge of the Etna Park, in the municipality of Sant’Alfio.

The ancient structure, which dates back to the sixteenth century, has undergone several alterations with the changing needs of its use, becoming in later times a Manor House with Palmento, for the production of wine, to which other housing units suitable for production were added. wine and for the Massari.

The land surrounding the current farmhouse, in fact, was dedicated to the cultivation of vines until the eighties of the twentieth century and the remains of this production are still visible today in the names of the premises of today's structure and in the old barrels placed in the garden. 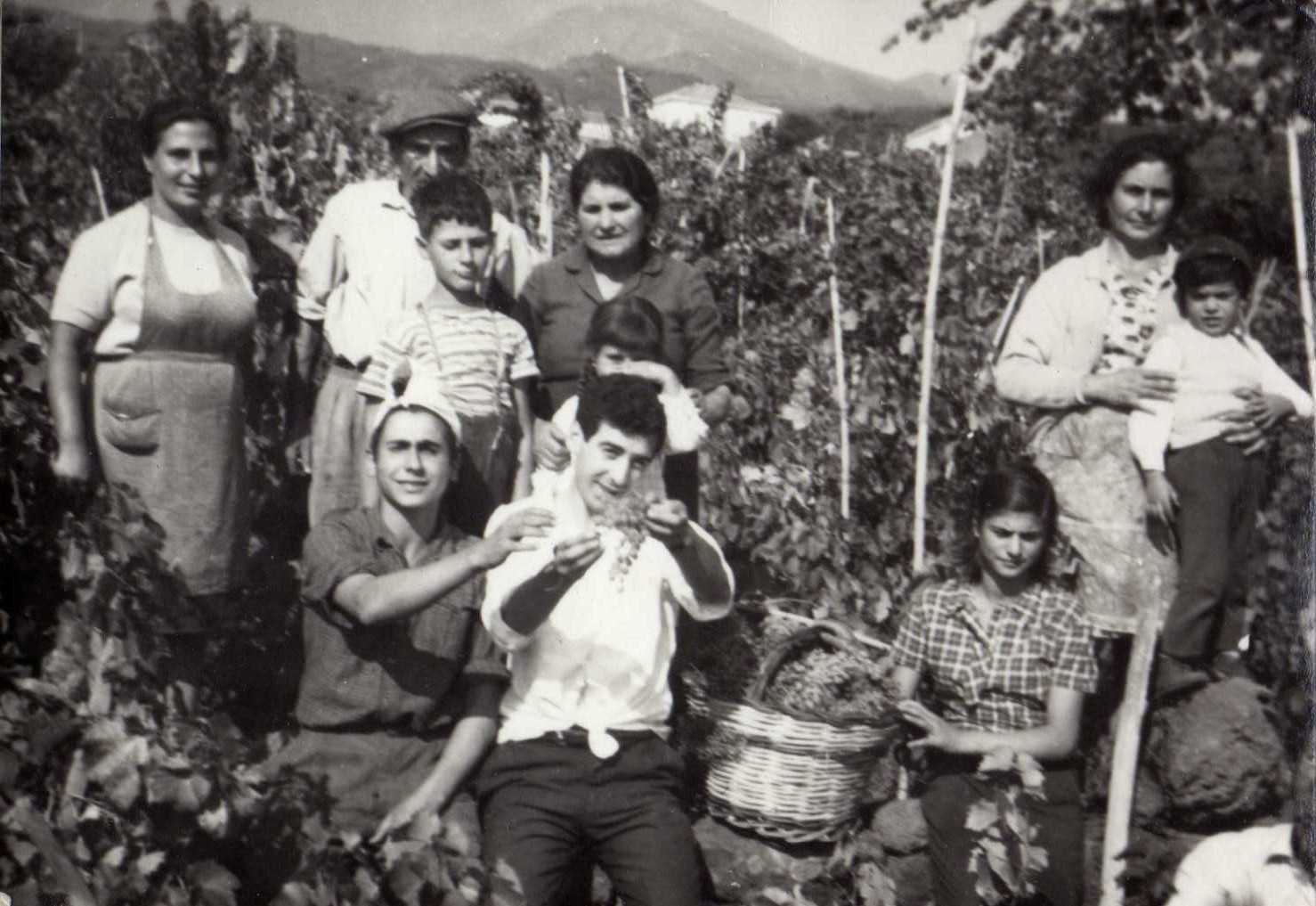 The oldest settlements, the church and the warehouse, were transformed respectively into the reception of the farmhouse and into the dining room with fireplace in the restaurant. Even the current Cellar Room, initially smaller, belonged to the first monastic buildings, only to have been transformed, in fact, into the space set up for the large barrels of the millstone.

Over the centuries, different properties have succeeded each other, up to 1820, when Giulia Fiamingo married the N.H. Perrotta to whom it confers, as a dotal asset, the land and the buildings that today by descent, belong to the current property.

Since 1994, a process of restructuring the entire building has been put in place, which transformed it into a farmhouse, adapting it to the reception of guests in ten comfortable rooms and in the different rooms of the restaurant.

All rooms are characterized by a peculiar Sicilian style and equipped with every comfort.

The rooms located in the Manor House have names of flowers, such as Gelsomino, Rosa Antica, Mimosa, Ginestra and Ciclamino. The first two, moreover, are respectively equipped with a large terrace with sea view and a small balcony.

The others, located in the former Palmento, are identified by the names of fruit trees, such as Pomegranate, Grape, Chestnut, Olive and Cherry.

The Case Perrotta restaurant has been offering the best dishes of typical Sicilian cuisine for over twenty years, using local and seasonal ingredients, including those from the garden of the same farm. Each recipe is presented with care and attention, to satisfy the most demanding palates.

From the "caponatina" with chocolate among the appetizers, to the highly sought-after homemade rosoli, the entire menu of Case Perrotta is suitable for any type of need.

The main agricultural production of the farm is made up of organic extra virgin olive oil and Etna DOP cherries.

The peculiarity of Case Perrotta lies in its privileged position between the highest active volcano in Europe, Mount Etna, the sea of ​​the Sicilian Ionian coast and the famous towns of Taormina and Catania.